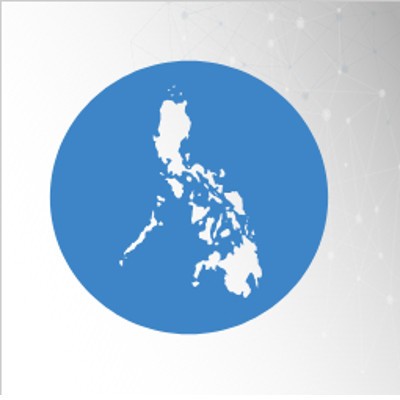 Outsourcing by Regions in the Philippines

Philippine Outsourcing by Region is broken down into three main areas. Those three areas are Luzon,Visayas, and Mindanao.

This article contains facts and opinions from experts on our staff as well as those of industry experts.

You are going to find very usable info here, enjoy!

No Choice of Outsourcing Providers can be made without understanding the differences between these three areas.

Each area is unique and has different advantages and disadvantages.

Our goal in this article is to give you enough information on each area to make educated decisions.

The following quote was found in the Manila Times:

“Benedict Hernandez, chairman of the Executive Committee of the IT and Business Process Association of the Philippines (IBPAP), told reporters after a briefing on Wednesday that the industry is targeting a 50-50 distribution of BPO companies within and outside the Metro Manila by 2020.”

Luzon (Manila) is the number one location of Outsourcing Providers in the Philippines but the Visayas and Mindanao are growing rapidly. 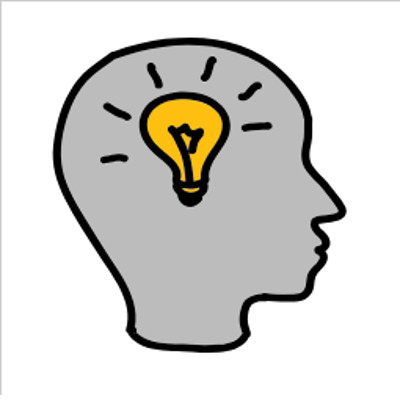 Now it is time to choose a provider from one of our three regions. Many of the criteria you used to select the country (Philippines), apply to regions.

So, let’s look at each area one at a time. 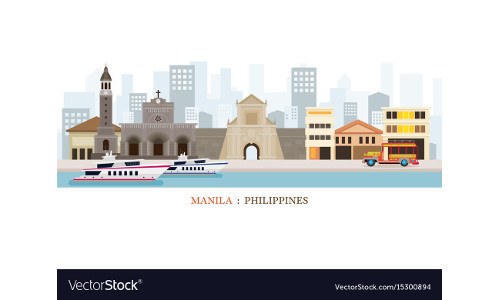 Most of outsourcing activity in Luzon takes place in two areas, Metro Manila and Pampanga (Clarke).

Here is my take on Metro Manila,

The area consists of 12,877,253 inhabitants. Total Urban Jungle with all the pitfalls that accompany the Worlds Most Dense City.

Worst traffic ever but, according to the Rappler only 3 rd worst in Asia.

For the last 50 years, Filipino’s have been migrating from the Provinces or rural areas to the Manila Area.

This has made for real issues with overcrowding.

So…. Let’s cover some ground here:

According to the Economists list of cities by expense, Manila is ranked 92 nd . Comparing to Rio de Janeiro and Lima Peru.

The cost of living in Pampanga is much lower. Anywhere from 30-50% less.

You can expect employees to live for anywhere from $300-1000 US per month.

Your Western Lifestyle in Metro Manila will start at around $1500 per month. That includes an apartment in a safe area with meals and transportation. If your making CEO wages you can find Penthouse Style Condos and Luxury Automobiles priced accordingly in places like Makati, Muntinlupa, and Taguig.

We live and work in both San Francisco and the Philippines.This quote is on the money!

“You would need around 8,075.30$ in San Francisco, CA to maintain the same standard of life that you can have with 2,307.03$ (120,000.00₱) in Manila (assuming you rent in both cities). This calculation uses our Cost of Living Plus Rent Index to compare the cost of living. This assumes net earnings (after income tax).”

Overall you can expect to pay 40—50% less than you would in the US. There are many variables here.

Basically, it will depend on your business model and outsourcing providers you choose.

For BPO (Less Skilled) services you can expect to pay from $5-12US per hour for dedicated staff.

For KPO (Highly Skilled) services wages start at around $8 US and go as high as $25US.

Variations include; Inbound VS Outbound, Location or Manila vs. Pampanga (Clarke) for BPO. For KPO the variants are more about the skillset, for example, Website designer vs. Programmer or Nurse vs. Doctor.

“Brown-outs” do still occur in most areas. The Internet can be “iffy”, slow and sporadic.

The better companies have addressed and overcame most of these issues with redundant systems, dedicated fiber and independent power generation for “Brown Outs”

VoIP is big here for voice or phone. Most Outsourcing companies use some version Voice over Internet Protocol.

The good news is everything is getting better! Fewer Brown-Outs, better internet and Billions being spent on infrastructure.

This is where the Philippines shines. They have a wealth of bright, educated, energetic and friendly employees just waiting for an opportunity.

All the college graduates speak English and most very good. The accent neutral type of English makes communication easier and more enjoyable.

The Western influence, mostly American is everywhere. For Outsourcing, you cannot find a better match.

Luzon is considered low-medium risk depending on sources. The Capital region has not suffered from the unrest found in the outlying areas. Most western countries consider Manila relatively stable.

Moving around Metro Manila is painful at best. Be prepared to spend an hour or more for even the shortest commute!

Taxis are plentiful and affordable. However, mass transportation is limited to the overcrowded and limited subway system.

Loads of Universities, over 100 in total. 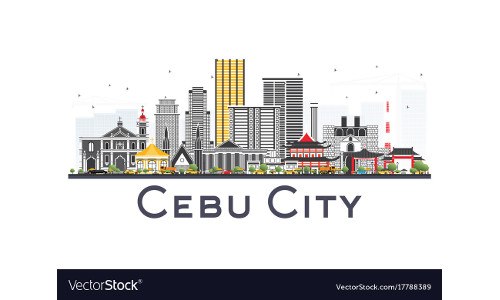 There are three (3) cities In the Visayas that host any significant outsourcing activity. They are Metro Cebu City, Bacolod, and Dumaguete.

Metro Cebu City is the main player. Bacolod and Dumaguete although much smaller by size offer opportunities you will not find in Manila or Cebu City.

Metro Cebu City competes with Manila when it comes to the cost of running your business.

You can probably save somewhere from 5—10% if you compare all costs with Manila.

Bacolod you will find is even more affordable! Expatisan.com claims that cost of living in Bacolod is 19% less than in Cebu City.

Finally, we look at Dumaguete. The smallest city of the three and the most affordable.

Metro Cebu City is almost as expensive as Manila. The savings is going to be around 10%, more or less.

Bacolod represents quite a savings. Up to 20% if you shop around and negotiate.

Dumaguete you will save a little more. Dumaguete is classified as a 5th rank city by income.

This means for the business owner you will find wages are very low.

Metro Cebu City has facilities that compete with the US for reliability. Grade A commercial buildings with all the features. You will pay anywhere from $.20 Sq. Ft. to around $1.00 per Sq. Ft.

The electrical grid is renowned for power outages, scheduled and unscheduled. Internet quality and speed is slower and less reliable in Bacolod and Dumaguete.

We give the Visayas high grades for their talent pool. A lot of educated, skilled and semi-skilled labor available at the right price.

The Visayas represents a unique opportunity for employers seeking low-cost alternatives for personnel.

Moderate political risk in the Visayas. In the past 20 years, there has been little or no economic disruption due to governmental or insurgent activity. The area is considered stable.

Metro Cebu City has traffic issues like most urban areas in the world with a population of close to 3,000,000. Traffic can be gridlocked during rush hour and construction is always an issue. Mass transit is nonexistent.

Bacolod and Dumaguete have traffic issues during rush hour. Taxi service is available in Bacolod but surprisingly not in Dumaguete. Traffic is seen as an irritant, not a crisis.

Buses and Trikes service the smaller cities and Metro Cebu City as well. The difference is taxis dominate in Cebu City.

Cebu City has in excess of 20 colleges. There are additional technical schools and colleges in surrounding Metropolitan area.

Bacolod and Dumaguete each have 7-10 colleges and technical schools. The major difference here is the population of each city. Bacolod has over 500,000 people and Dumaguete just over 130,000.

Result, Dumaguete is your basic college town and is a great resource for fresh talent! 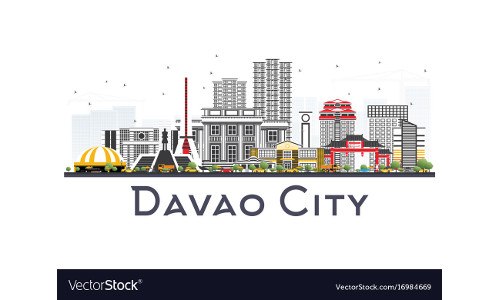 There are two cities in Mindanao worth considering, Davao City and Cagayan de Oro City. Between the two cities, they account for about 2% of the BPO sector.

Good News! According to Numeo.com Davao ranks 532 out of 536 total cities calculated. That means the cost of living is very low.

Would you believe you can live on $200-$300 per month in both Davao and Cagayan De Oro City?

The cost of doing business here is much lower than any of the BPO locations.

The adage “you get what you pay for” applies in Mindanao. You will it hard to locate qualify office space and in most cases would have to settle for less.

There are a lot of potential employees just waiting for opportunity. If you can tolerate some of the other issues, there are plenty of eager employees waiting for your business.

Major political risk! US government has advised US Citizens not to venture into Mindanao. In 2017 ISIS-inspired rebels took over the city of Marawi and maintained control for 6 months.

If you are risk adverse skip Mindanao!

You can count on Davao having traffic issues. With a population of 2.5 mil in greater Metro Davao City and an emerging economy, there is a large variety of vehicles and traffic issues. Not so in Cagayan Del Oro where traffic is reasonable most times except during rush hour.

You will find the most modern office space with all the bells and whistles in Metro Manila. A close second goes to Metro Cebu City.

Now if you’re looking for the most affordable options with the best access to talent, your best bet is Bacolod and Dumaguete. If you’re a riverboat gambler and looking for the lowest priced outsourcing options, Davao City may work for you!